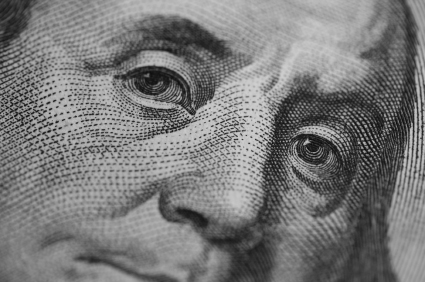 Time is Running Out – Your Action May Be Required Now!

States go after unclaimed property, use it to patch budgets

By Adam Geller and David Crary, AP National Writers When Americans lose track of money — in old, neglected bank accounts, paychecks they forgot to cash, unredeemed life insurance policies and the like — state governments are increasingly aggressive in taking control of the cash. Now, with those efforts swelling state coffers by more than $40 billion and lawmakers using some of it to patch budget holes, new skirmishes are breaking out between states and companies with their own interest in holding on to the unclaimed property. Companies accuse states of overreaching, imposing what amounts to a "stealth tax." State officials counter the businesses are more concerned with keeping the assets themselves. Both sides acknowledge it's not their money, while pointing out that many owners are unlikely ever to come forward. Critics say those rightful owners too often get short shrift. "The analogy is to finding somebody's lost wallet. In Minnesota, anyway, we give people [...]

Time is Running Out—Your Action May Be Required NOW!

The U.S. Treasury is holding unclaimed property of more than $1 Billion in federal tax refunds for an estimated 1 million taxpayers who did not file a 2021 federal income tax return, but had 2021 federal tax withheld or paid 2013 estimated tax payments. Here’s the problem-----anyone that has a claim to part of that $1 Billion in refunds, has to file a 2021 tax return by April 2021 or their refund becomes the property of the U.S. Treasury. There is generally no penalty or interest when a return has a refund, if that is a concern related to filing. Go to www.irs.gov to get 2021 tax forms and instructions. See IRS You Tube Videos or IR-2017-72 for more information.

WASHINGTON — Refunds totaling almost $760 million may be waiting for an estimated 918,600 taxpayers who did not file a federal income tax return for 2010, the Internal Revenue Service announced today. However, to collect the money, a return for 2010 must be filed with the IRS no later than Tuesday, April 15, 2014. "The window is quickly closing for people who are owed refunds from 2010 who haven't filed a tax return," said IRS Commissioner John Koskinen. "We encourage students, part-time workers and others who haven't filed for 2010 to look into this before time runs out on April 15." The IRS estimates that half the potential refunds for 2010 are more than $571. Some people may not have filed because they had too little income to require filing a tax return even though they had taxes withheld from their wages or made quarterly estimated payments. In cases where a return was not filed, [...]

According to the February 2013 issue of Consumer Reports, there is currently about $1Billion in life insurance benefits waiting to be claimed by beneficiaries

The cause for the unclaimed life insurance benefits usually is due to a communication problem.  People buy a life insurance policy, and then, for reasons too long to list, they don’t tell the beneficiaries.  But, in this case, there may also be a much simpler communication breakdown…..the insurance company may not be in a rush to let the beneficiaries know when a policy holder dies. The States have started programs to look into what could be referred to as an industry-wide practice of failing to pay death benefits if not prompted to do so.  There is also concern that after death life insurance premiums are being taken by insurance companies in these type cases until the value of the policy is depleted. A number of larger insurance companies have settled charges brought against them related to the payout problem.  The settlement agreement includes a requirement that the beneficiary life insurance payouts be turned over to [...]